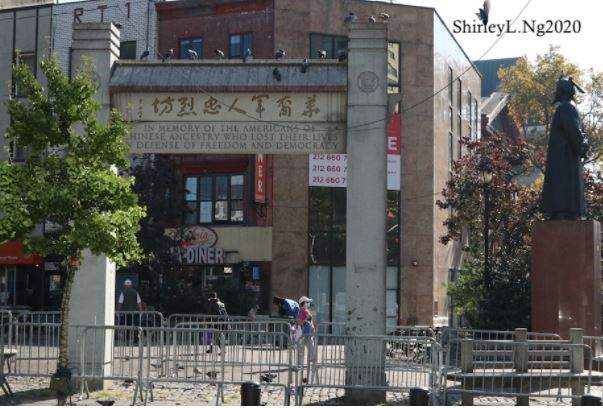 Part of the money will help restore Chinatown’s KimLau Memorial Arch and fully renovate the square located off East Broadway and in Chatham Square. A redesign of KimLau Square may require additional state and city funds.

“We are honored and pleased that the Kimlau Memorial Arch has received Landmark Designation Status from the City of New York and that a portion of the 20M funding will be used to rehabilitate the structure which has withstood over 60 years of nearby heavy vehicular traffic and weathering,” Commander of Chinatown’s American Legion Lt. B.R. Kimlau Post, Randall Eng told AsAmNews. “When completed, the restoration of the arch will serve as a beacon of inspiration for the Chinese American community which has withstood the trauma of September 11, the scourge of the COVID-19 pandemic, and the recent rise in anti-Asian violence.” 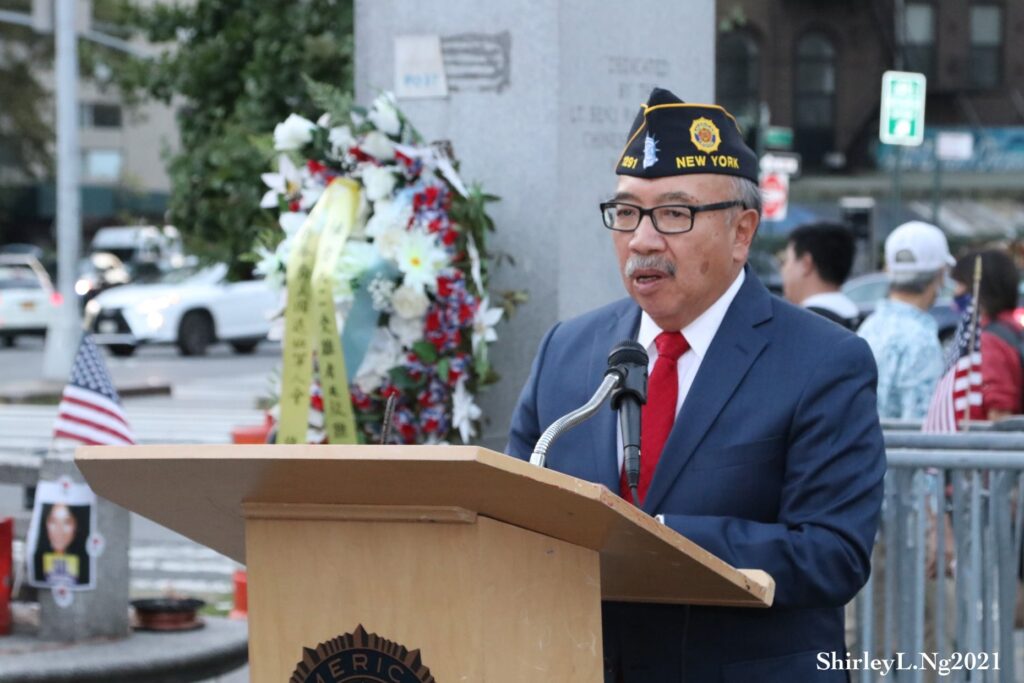 It will be more than a year before the Kimlau Memorial Arch which honors veterans of Chinese ancestry is fully restored. Visible cracks have appeared in the granite pillars over the years and metal railings have surrounded the pillars to prevent pedestrians from walking underneath them.

In this year’s NYC Veterans Day parade, the Color Guards of Chinatown’s American Legion had the honor to lead The American Legion, Department of New York contingent.

Past National Commander, Fang Wong felt it was a good idea that Lt. B.R. Kimlau Post 1291 was represented in the parade.

“It gives recognition and honor to our Color Guard and the Post for this year’s parade with the earlier announcement of the Lt. Kimlau War Memorial Arch being honored and designated as the first Asian Veterans War Memorial landmark by the City of New York! This is something we’re all very proud of and something worthy to think about!”

In addition to the news that Kimlau Memorial Arch will be restored, it was just announced two weeks ago that the Congressional Gold Medal ceremony to honor Chinese Americans WWII veterans in the NYC area will finally be held after a long delay. The ceremony will be held on Saturday, December 18 in Chinatown.