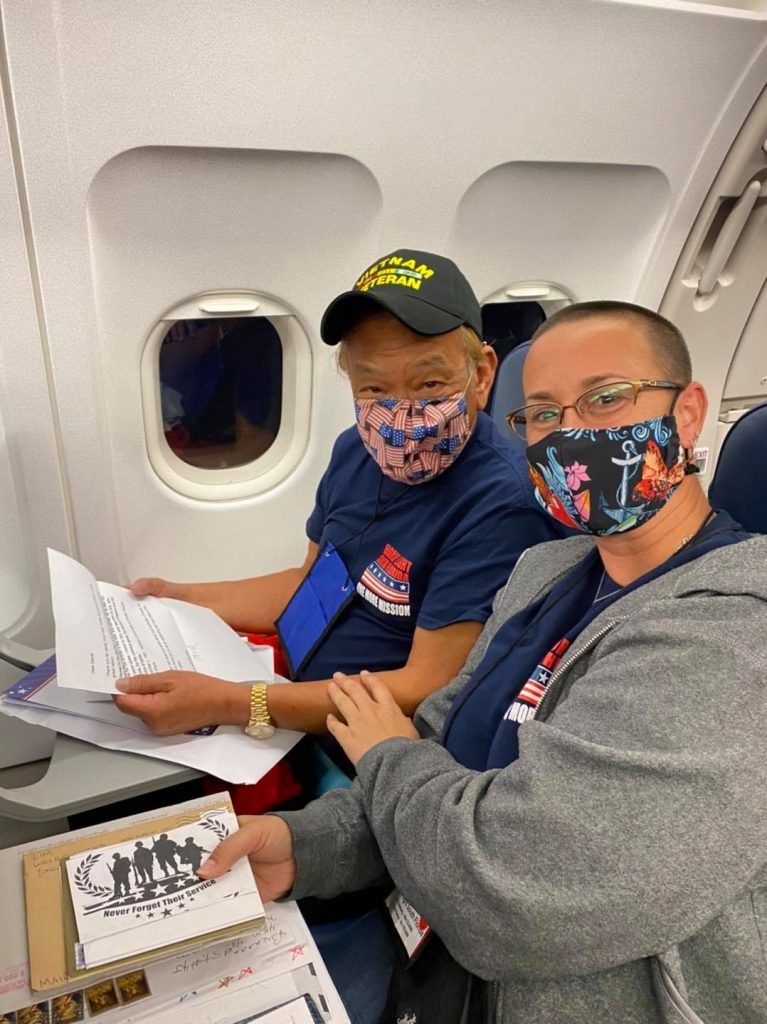 Many of you know that I served during the Vietnam War. So just to keep the record straight I enlisted (not drafted) in 16 May 1969 for 3 years active service and 3 years reserve service in the U.S. Army. From January 1970 through December 1970 I served in Vietnam.

During my time in Service and after I was Honorably Discharged it was not always pleasant. While in the Service and home on “Leave” even some “friends” did not want to be seen with me “In Uniform”. For those of you who were not around in 1970 or too young to remember…It’s true! People would see us in Uniform; call us “baby killers” and some even spat at us. While I was in Vietnam, a friend whose name I won’t reveal would send me letters but with the American Flag Postage stamp stuck on “Upside Down” to show he was “Protesting”. I guess he thought it was the right thing to do, but from my point of view (and I was the one who was in danger of the enemy) It wasn’t the right thing to do!!!… When I was Honorably Discharged there weren’t too many saying “Welcome Home Soldier!!” — Ob-La-Di, Ob-La-da…Life Goes On!…Times have changed. It’s taken almost 50 years but now we hear from strangers “Thank You for your Service!!” Today the common greeting between two or more Vietnam Veterans is “Welcome Home Brother!!!” (Or Sister!)

On Sunday 17 October 2021 had one of the most unforgettable experience of my life. I was chosen to be one of 72 Vietnam War and 6 Korean War Veterans to participate in the “Honor Flight – South Florida” Project. This is a 100% all volunteer organization whose mission is to “Welcome Home” Veterans.

I was assigned a “Guardian” who looked after me the entire day and I do mean the “Entire Day”. My Guardian was Courtney Cannon. Courtney picked me up at my home at 1:30AM Sunday 17 October 2021, drove me to a common pick-up point in Boca Raton where I and the other Veterans and Guardians boarded a Luxury Chartered Bus taking us to Miami Airport.

When we arrived at Miami International Airport we were ordered to sit in wheelchairs so our Guardian could wheel us “Single File” through the Airport to the Gate. As we passed through the Airport Policepersons. Firepersons, Doctors, Nurses, Pilots, Stewards, Stewardess, Passengers and all others applauded, some carrying hand painted signs, some waved the Flag and all wished us Welcome Home. On the Jet to Washington DC we were advised that each “Honor Flight” is dedicated to a US Military person who died in combat and that this flight is dedicated to Marine Private First Class Bruce W. Carter who was awarded posthumously the Medal of Honor for his actions in combat in Vietnam on 7 August 1969. PFC Carter threw himself over an incoming enemy grenade saving the lives of his fellow Marines. As a special guest Private Carter’s mother, Georgie Carter Krell was invited to join us on this Trip. She is the Past National President of the American Gold Star Mothers. Georgie began her volunteer career in 1989 and has donated over 8,500 hours serving Veterans.

The Private Jet flew us to Washington DC. We spent the entire day visiting The Washington Monument, Lincoln Memorial, World War II Memorial, Korean War Memorial, Vietnam Veterans Memorial and Arlington National Cemetery where we watched the Changing of the Guard at the Tomb of the Unknown Soldier. From there It was back to Ronald Reagan Airport, again in wheelchair escorted by our Guardian single file through a parade of well-wishers.

On the Jet flight back to Miami while we were in the air, each of us was given a “Surprise” Envelope. The envelope contained letters from members of our Family and friends but also from children from elementary schools (Mine was from a school in Tennessee!, Housewives and teachers we don’t know – All letters were addressed directly to “David Louie”.” I was in tears of joy as I read the letters on the trip home. We were also given a special gift, a small box containing “Small Piece of Actual Granite from The Vietnam Wall Memorial – This is now Your Treasure”. We finally landed in Miami International Airport at about 10:00PM. Again in wheelchair single file parade with well-wishers with signs and greetings through to the parking lot. Charter Bus back to Boca Raton. My Guardian drove me home the trip ended at 12:30AM Monday 18 October 2021. This is truly and unforgettable lifetime experience.